First, the most impressive aspect of TEDx New Albany was that it was a student run event by the students of New Albany High School.  Dave mentioned in a weekly mastermind how impressive the organization was, and he wasn’t kidding.  They were definitely in it to win it.

I know Dave from our mastermind tribe and Shaun from his work at Ardina (he wasn’t able to pimp Ardina during his talk, but the point of his talk was why he founded Ardina).  In addition our crew from ContentVia made an appearance to support Shaun. 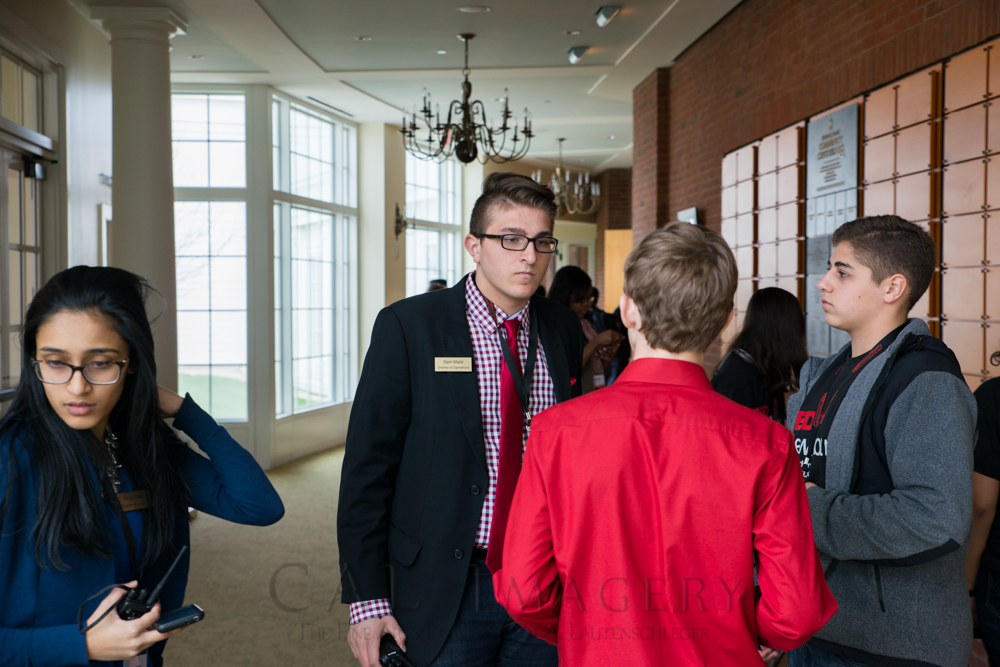 Student Sam Malik directing volunteers before the show went on. Very impressed by the organization of the event. 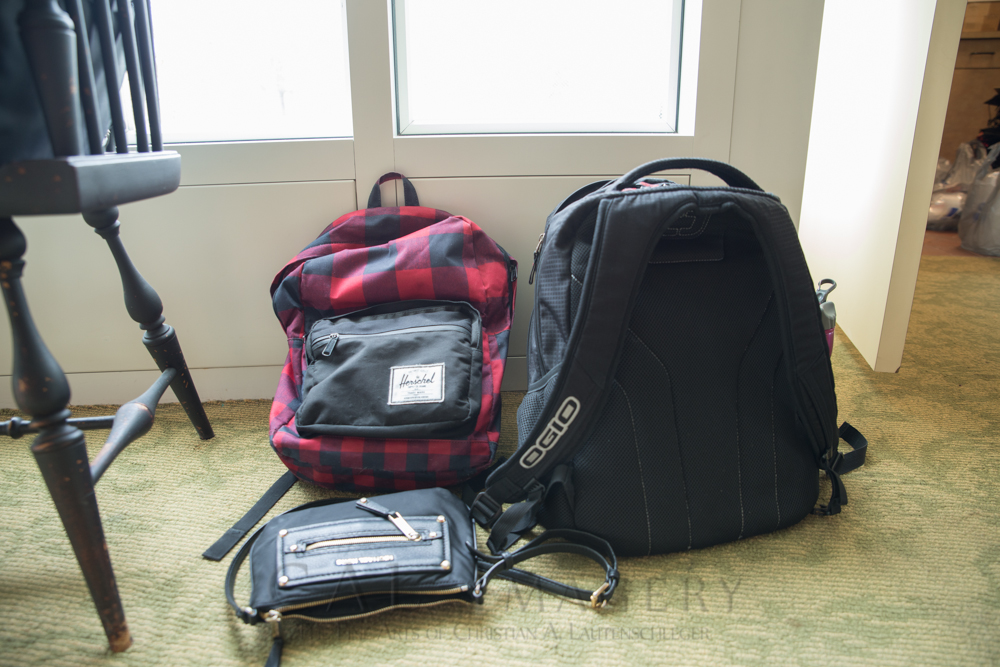 This had a very organic feeling to it. Backpacks on ground and all. 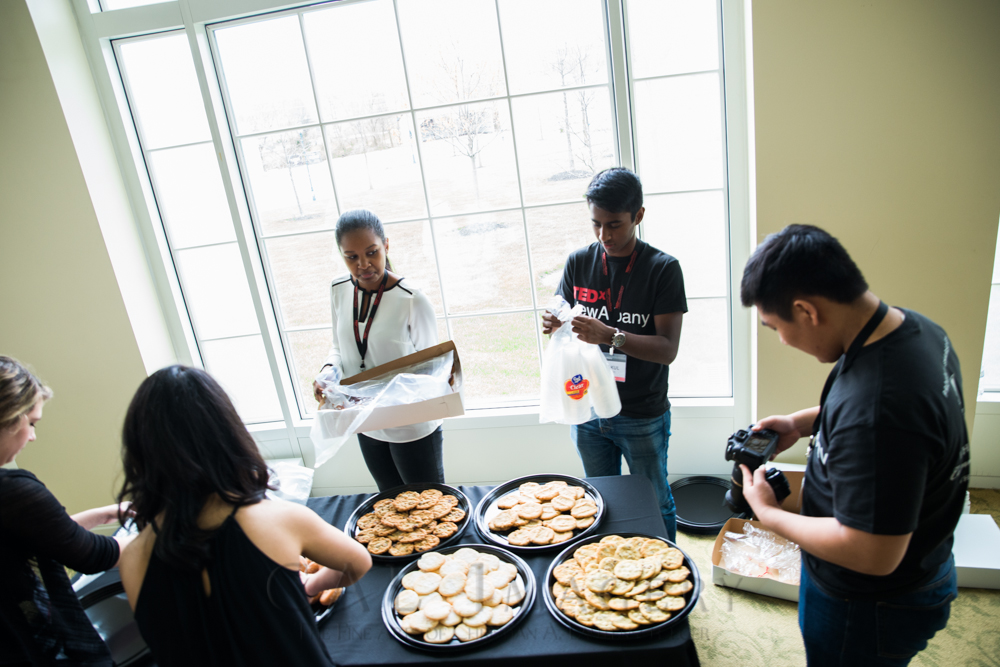 The cookies were out for our consumption before the event. 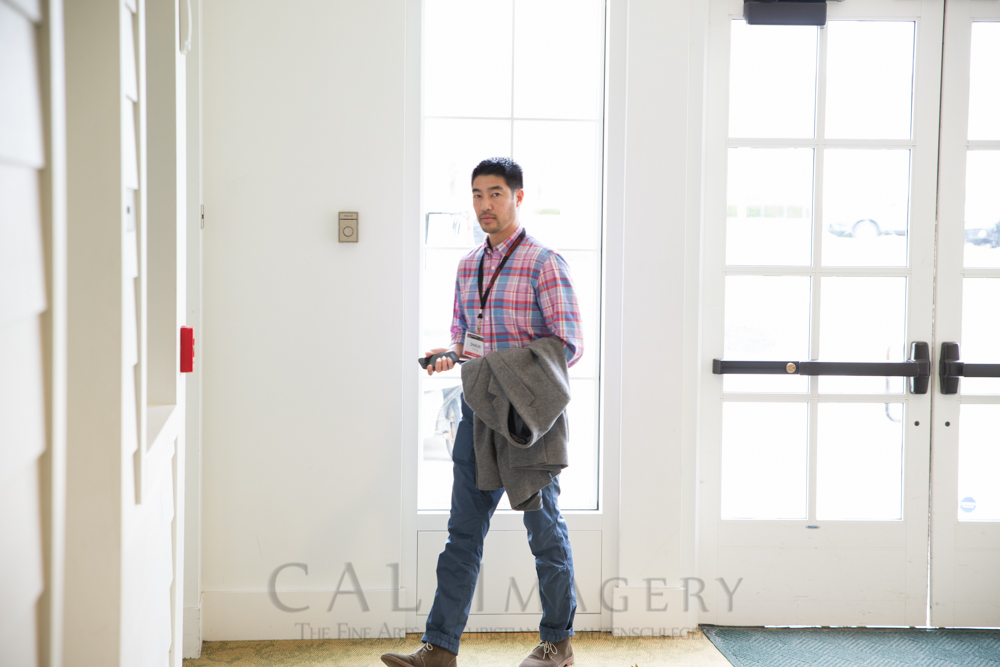 Shaun Young practicing his lines before he headed the lineup. 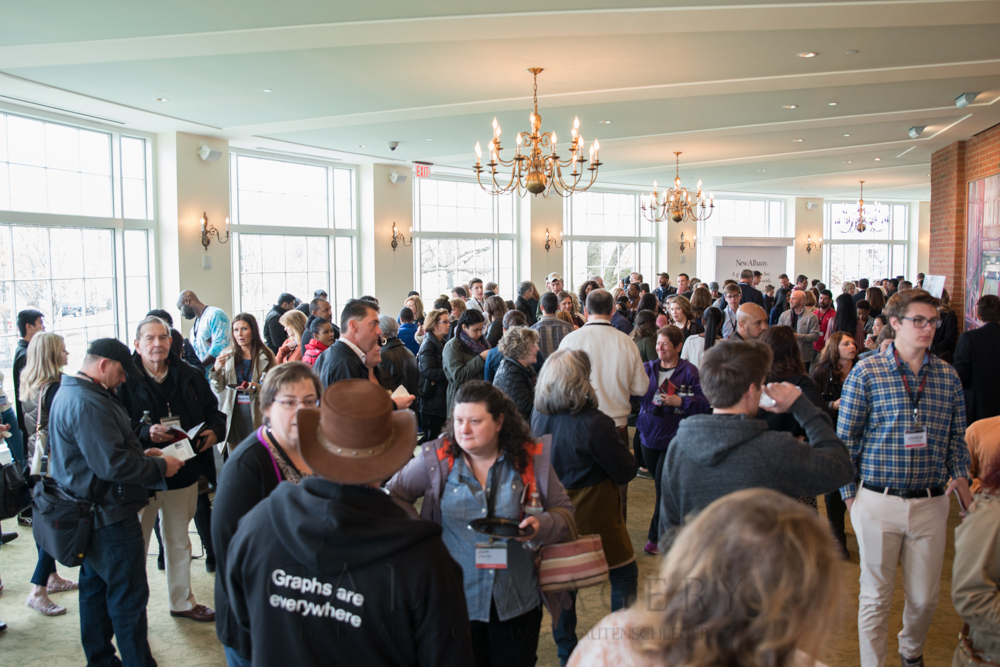 The attendees chatting before the auditorium opened. 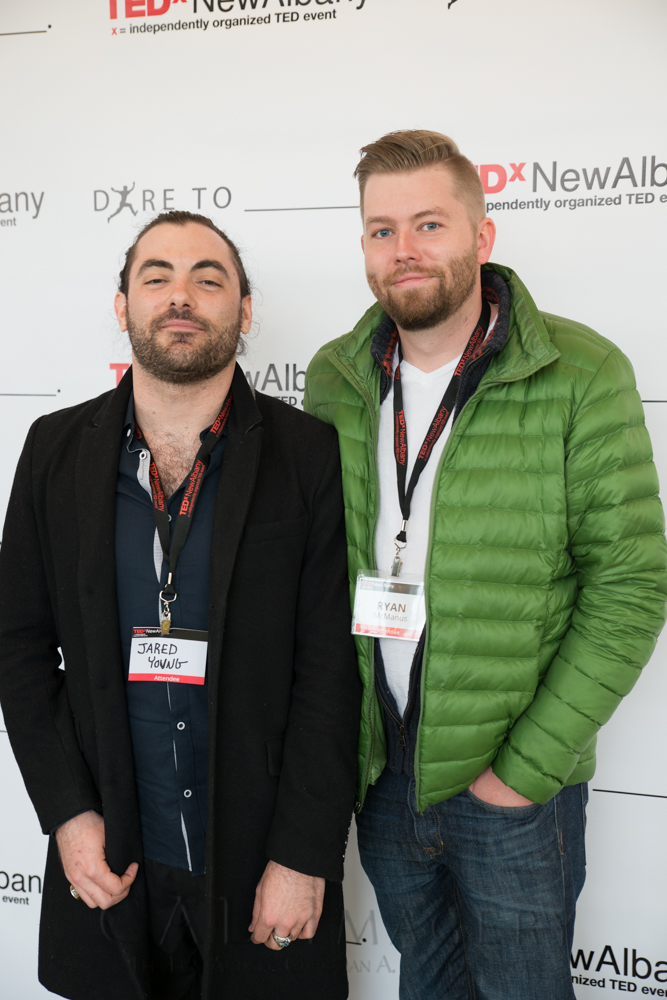 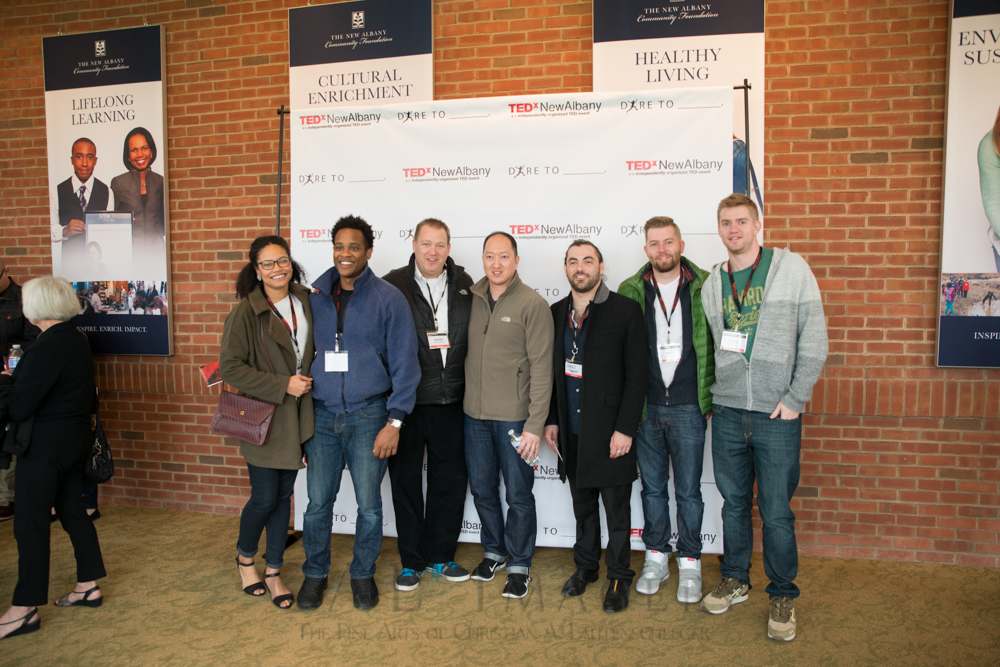 The crew of ContentVia before TEDx New Albany started. 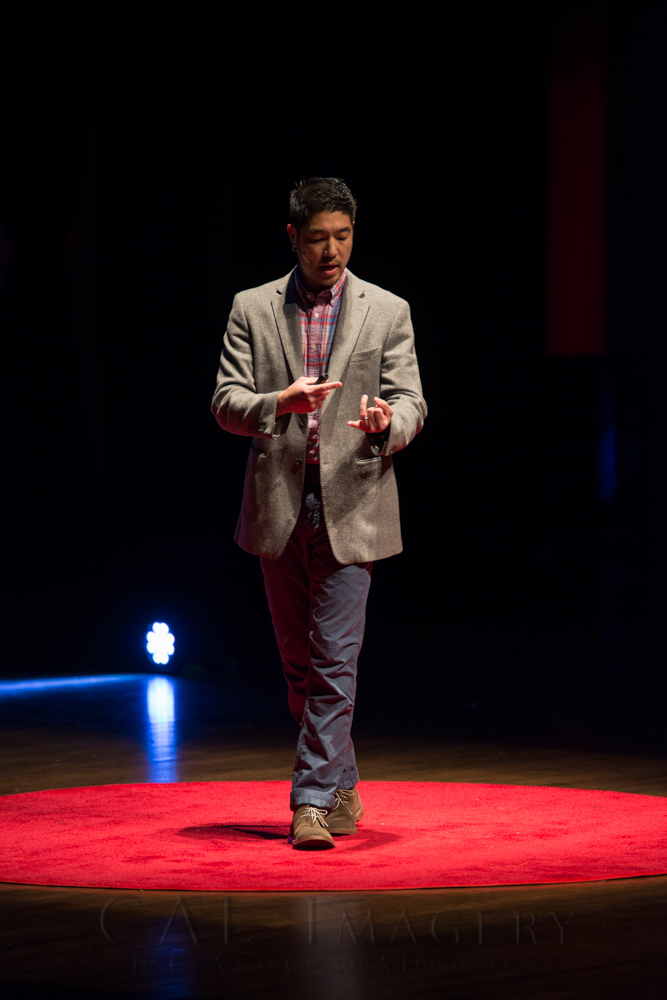 Shaun Young heading TEDx New Albany discussing the millions of uninsured Americans and his experience as a pharmacist turning him into an entrepreneur. 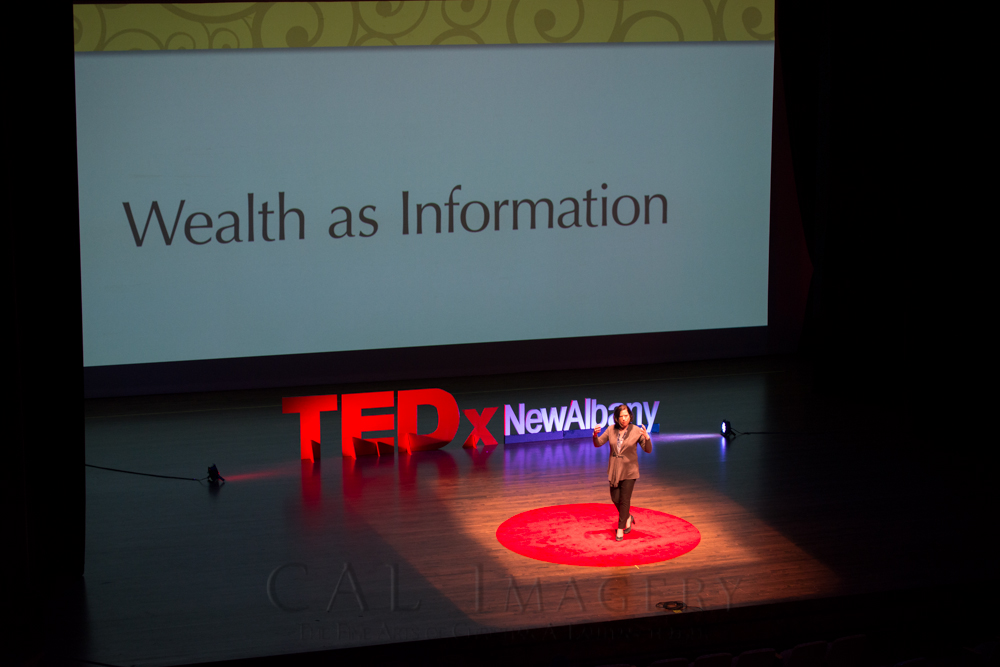 Kerri Mollard delivering her TEDx speech on what it means to be “wealthy”. 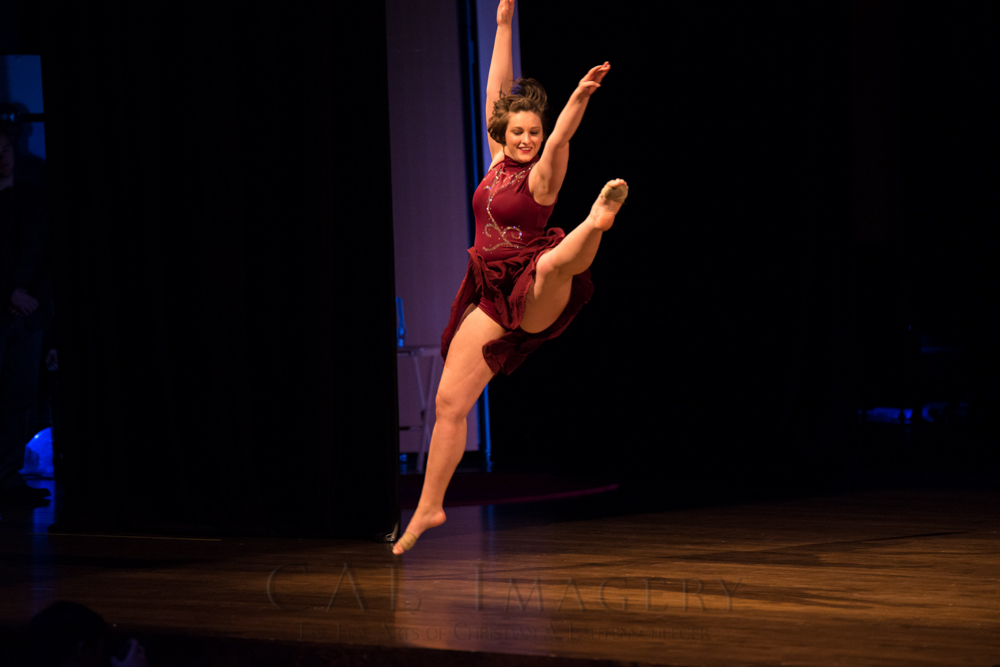 Emily DeMooy performing a dance (sorry I chopped off your hand, it was the best picture regardless). 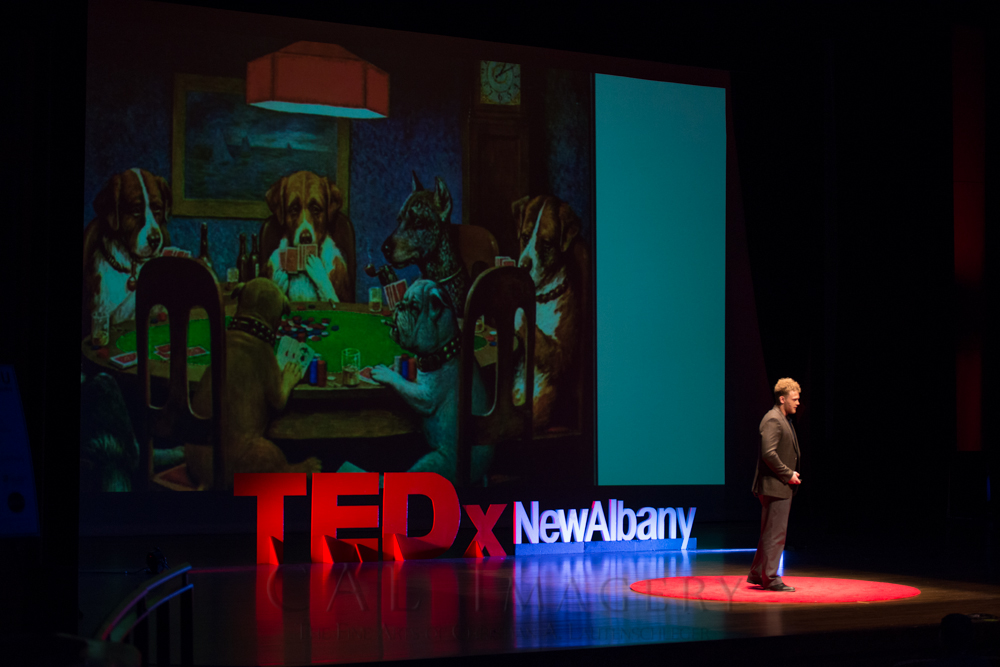 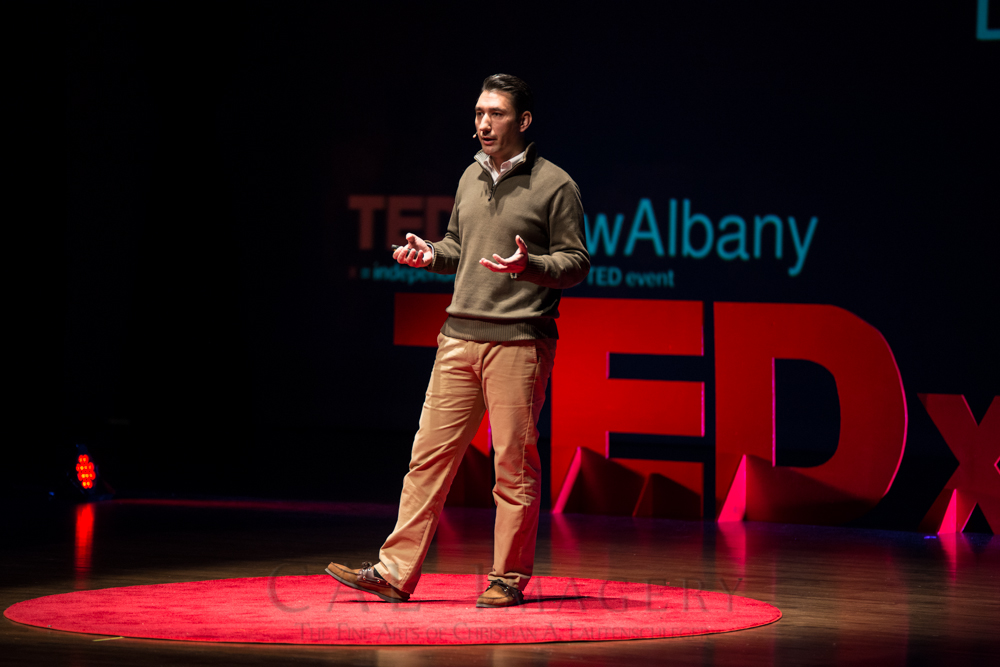 Cheerful Juan Alvarez instructs the audience to be happy in life. 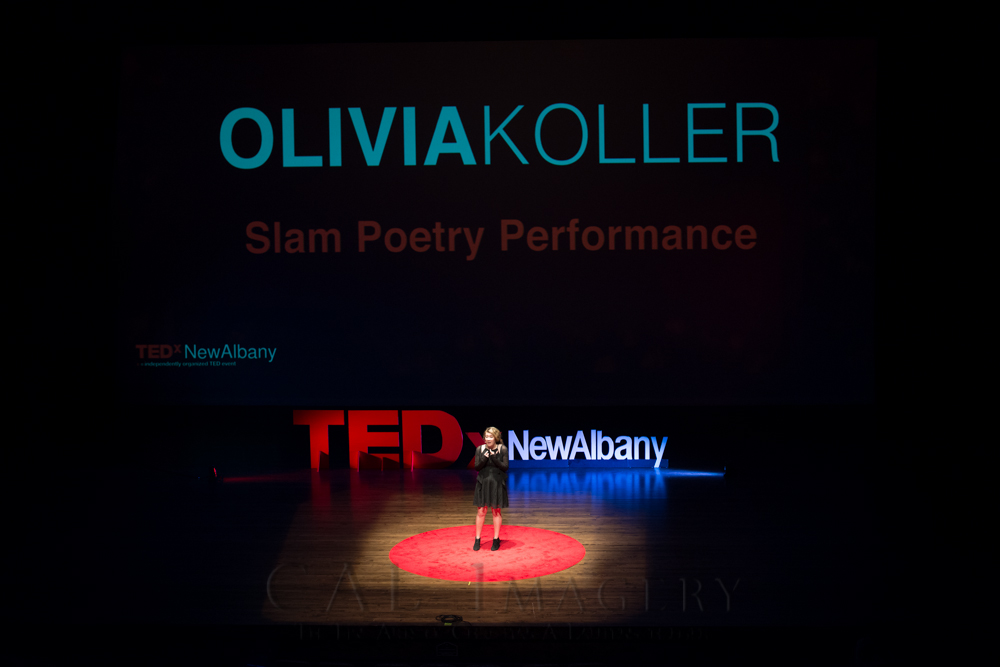 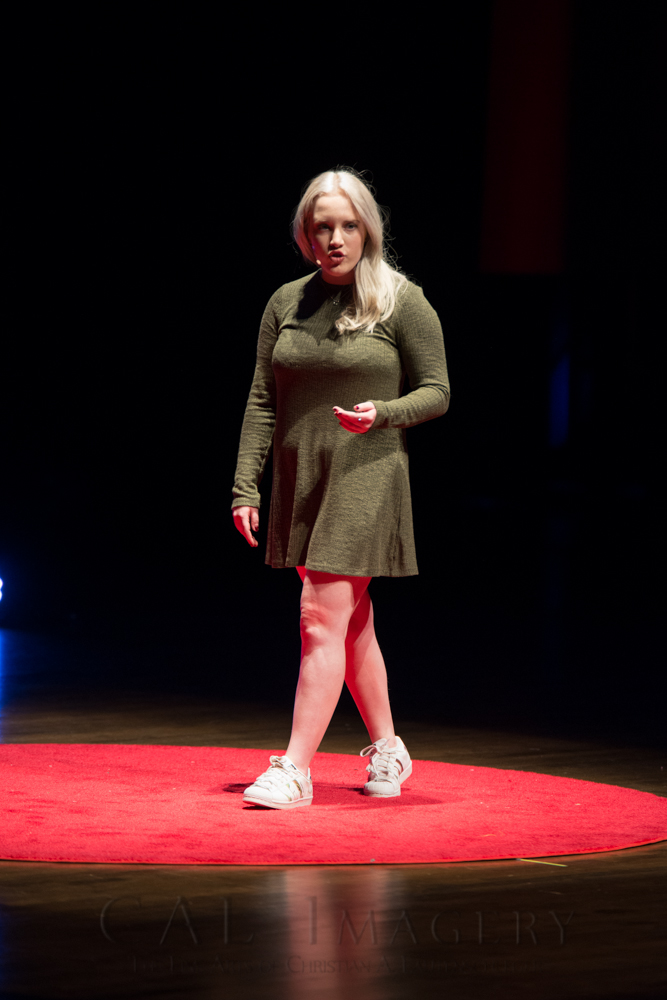 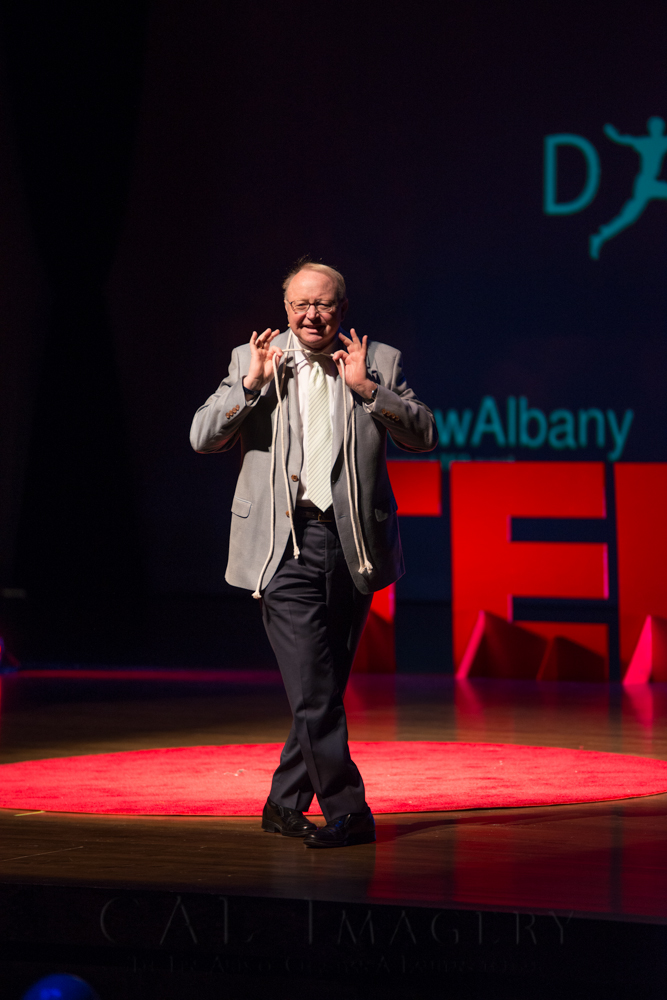 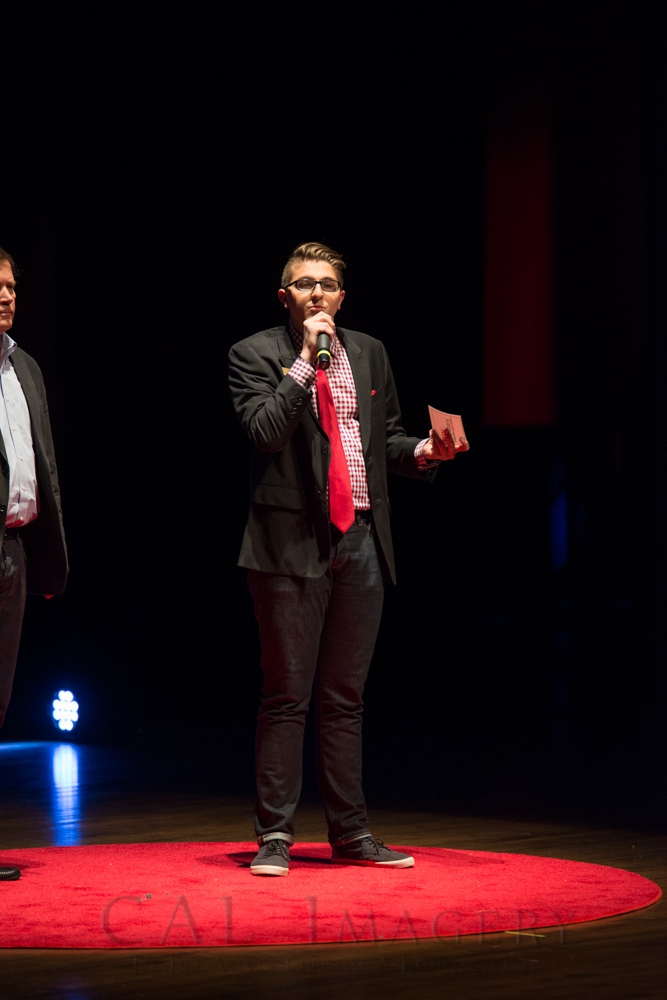 Sam Malik kicking off the second half. 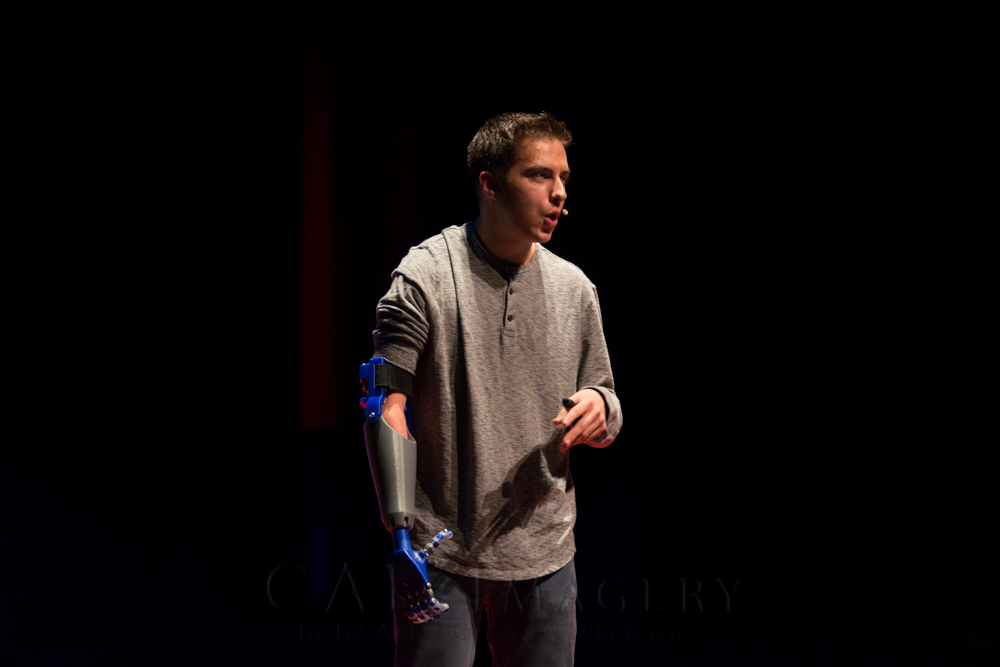 Aaron Westbrook sharing his experiences growing up with one hand and how he’s turned to 3D printing. 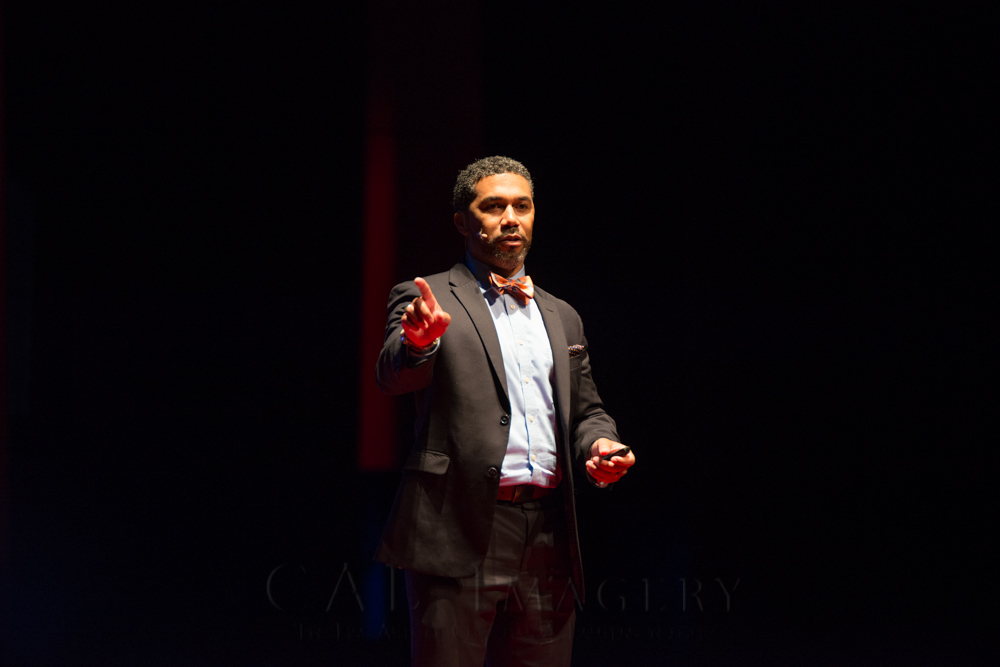 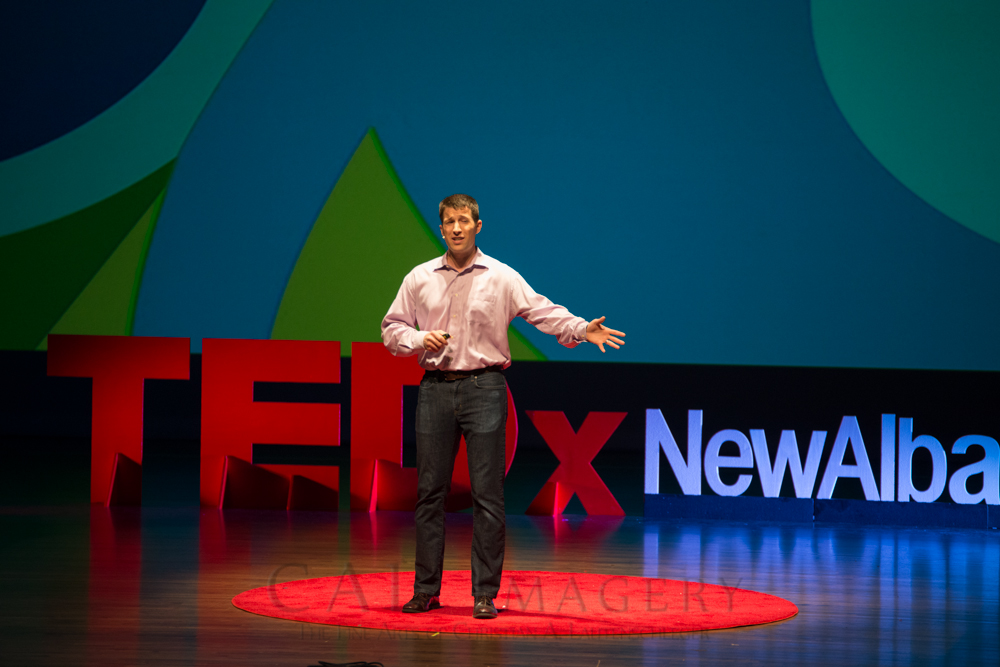 Brad Griffith shares stories of his life and how we don’t always know where we want to go.

David Mitchell discusses seeing the bigger picture while not forgetting what is important in life. 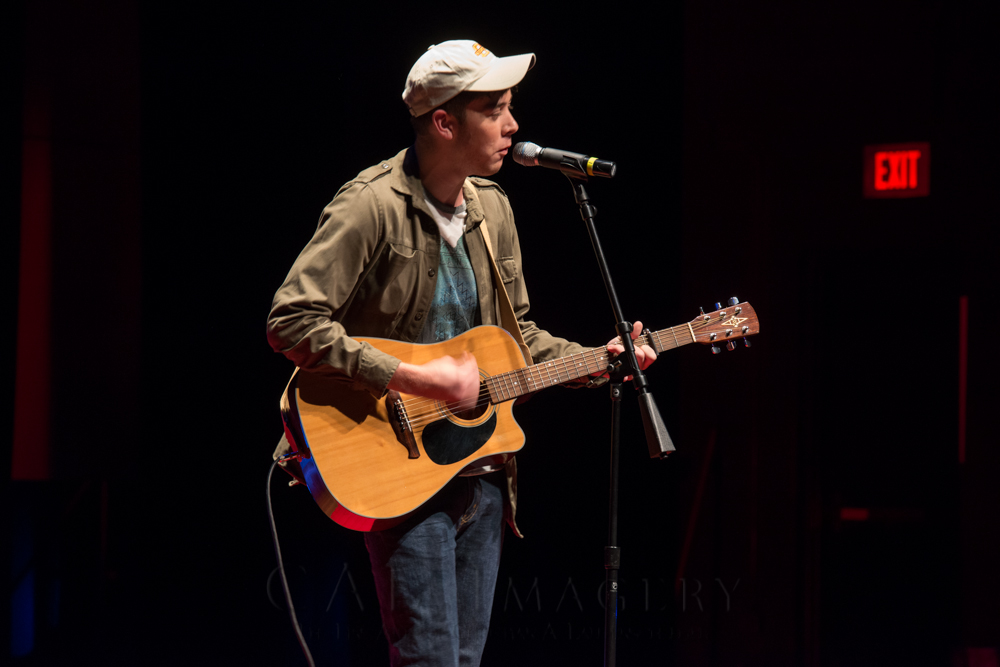 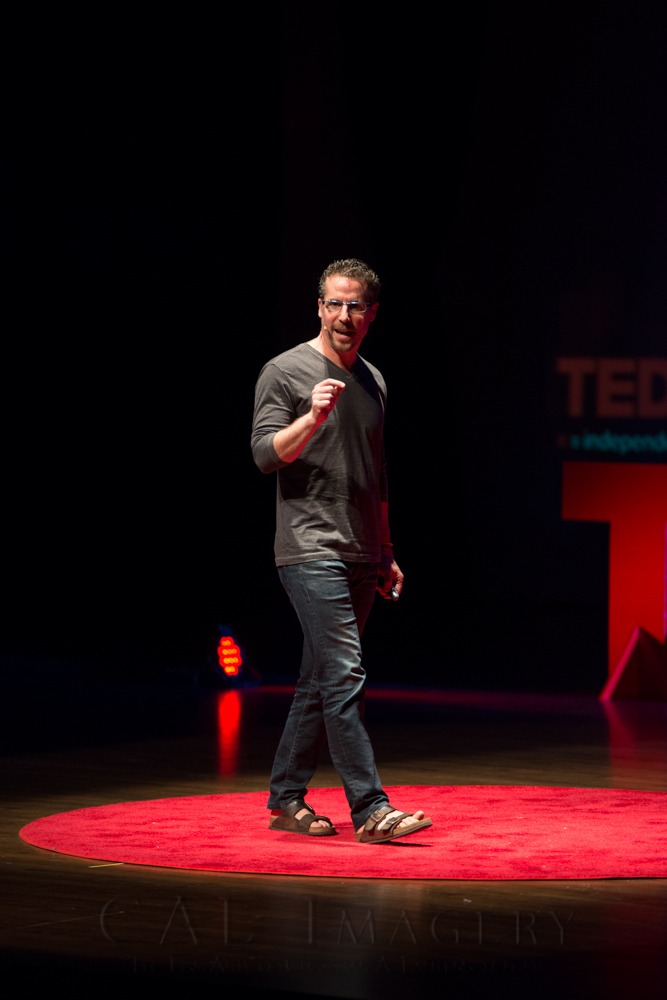 Doug Brennan explains that our passions must be sustainable for the future. 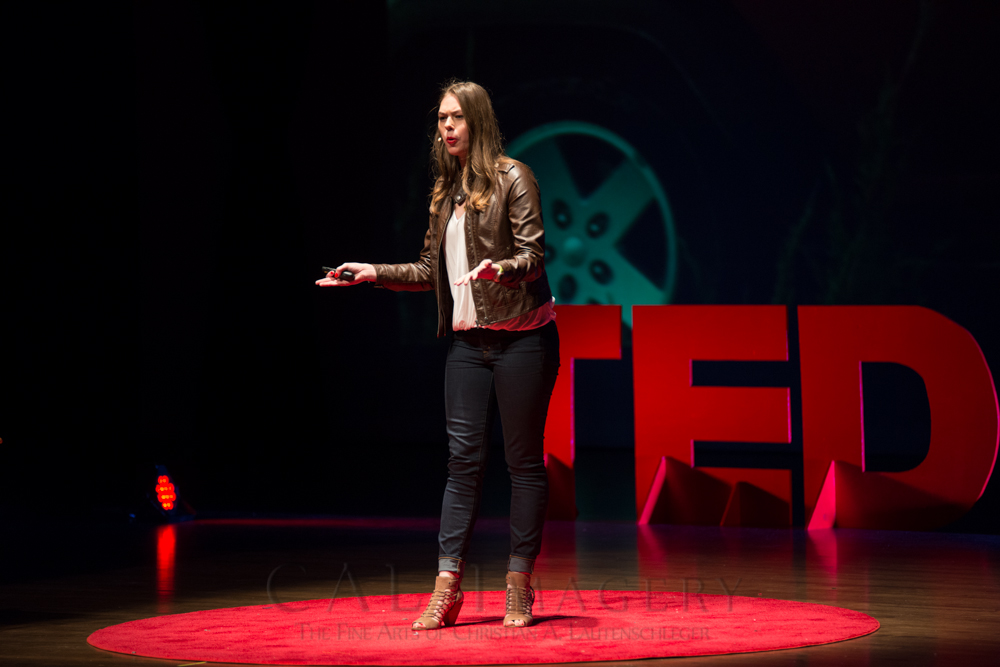 Izzy Vendetti gives the audience a reminder about perspectives and beliefs. 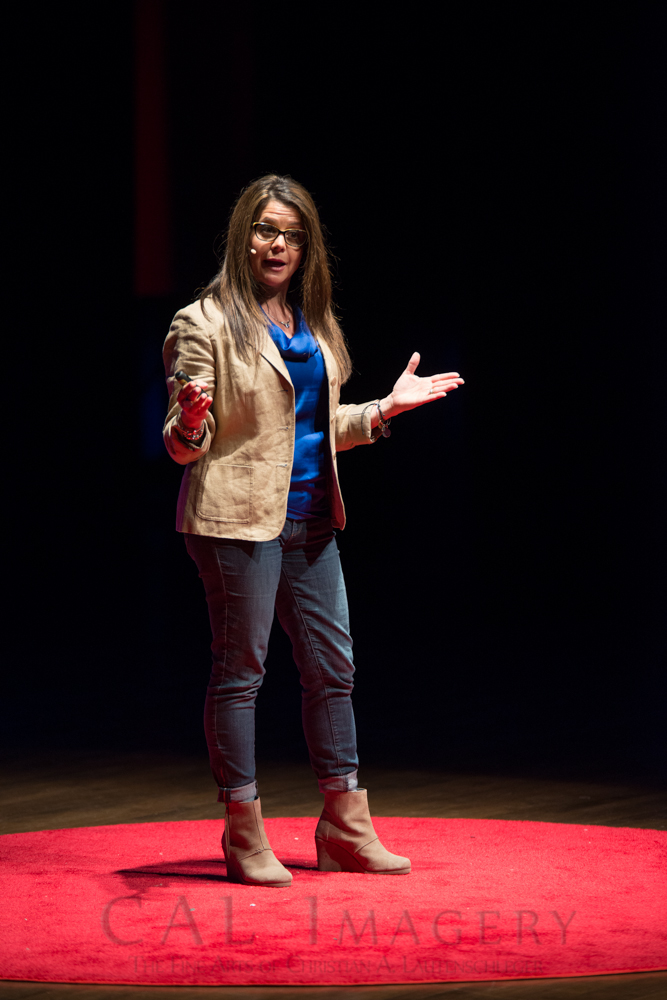 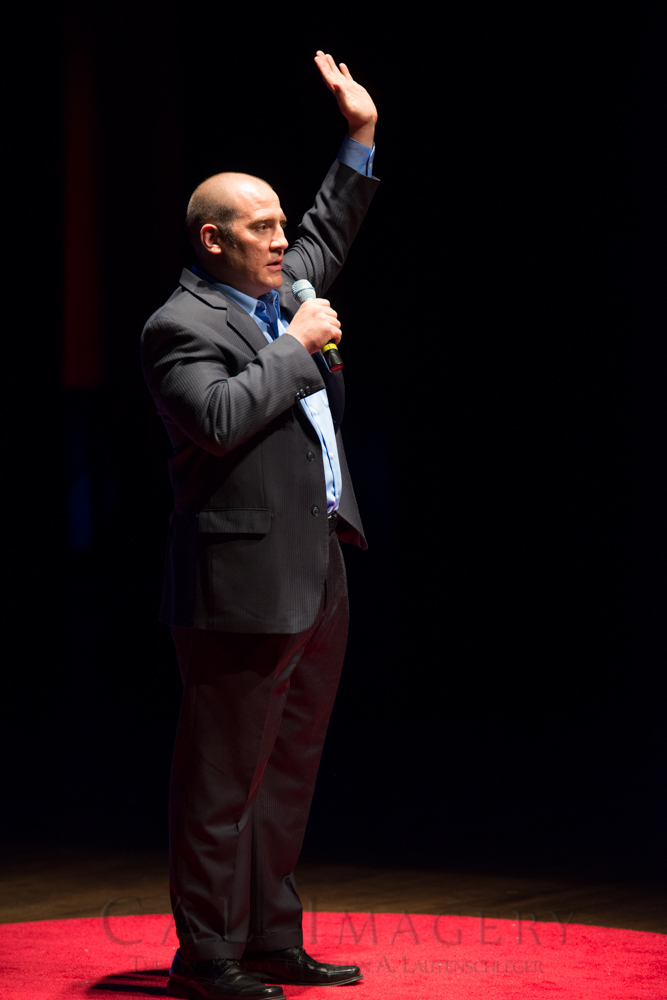 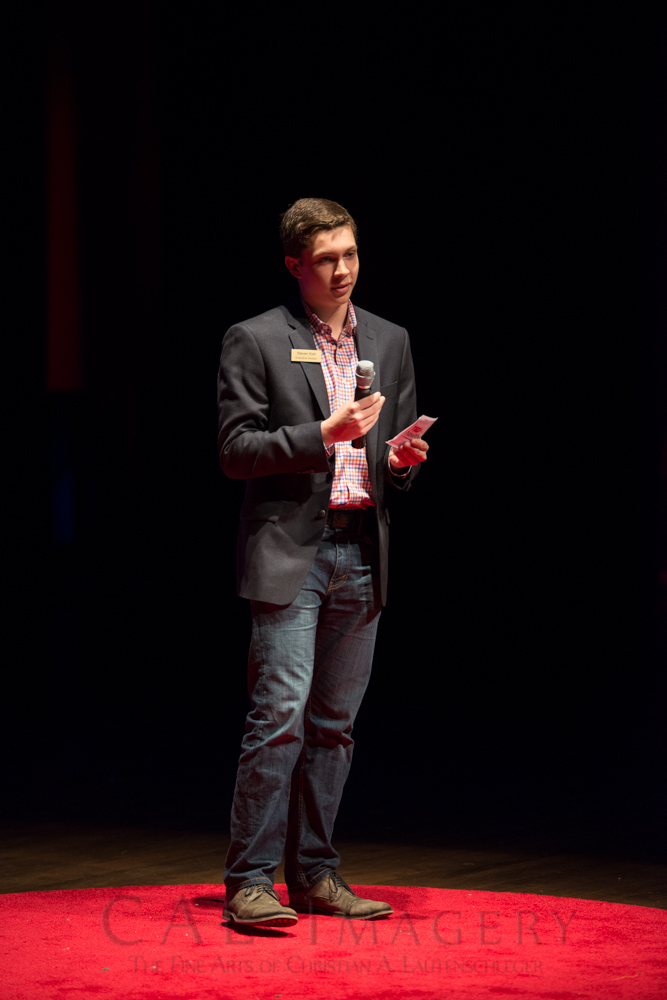 Executive director and student, Steven Kish, addresses the audience at the end of TEDx New Albany. 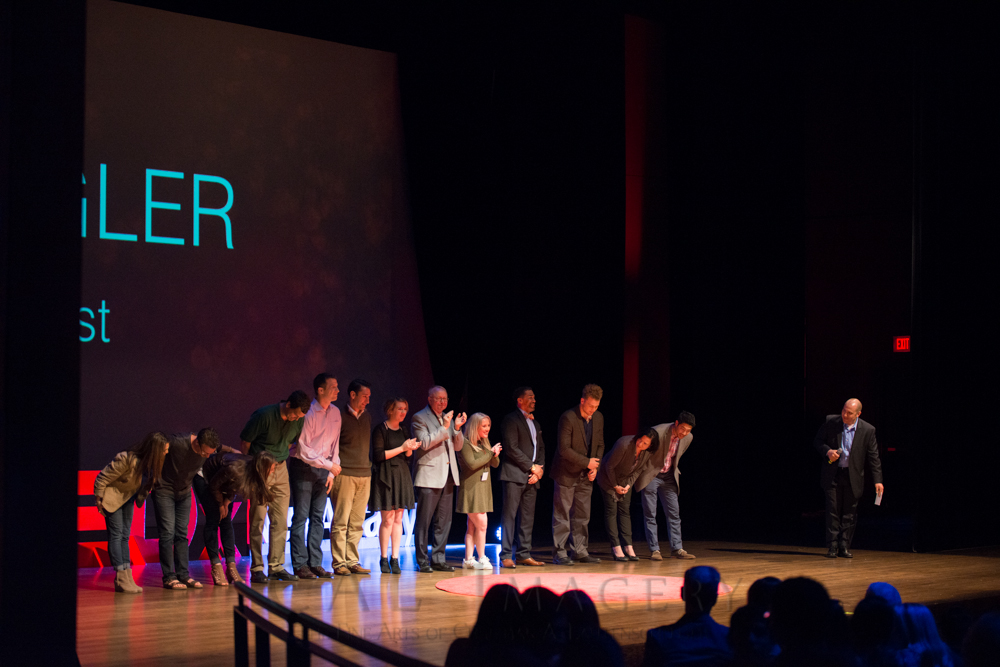 The finale of TEDx New Albany.

TEDx New Albany was a tremendous experience for me, not only to have the pleasure of shooting the event but to view a TED talk.  I knew I wanted to be in attendance when I first learned of it.  You gain a new view of life and the theme from viewing the event.

I want to thank Sam Malik, Shaun Young, and David Agler again for setting me up with the opportunity.