Respect the Distance; Taking My Own Advice 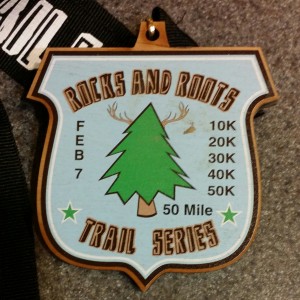 I wanted to say I ran the bottom distance. Soon.

Not taking my own advice, I forgot the #1 rule of endurance sports: respect the distance.  It doesn’t matter what distance you’re running, cycling, swimming — all of the above.  You have to respect the distance of the race.  I learned that lesson, again, yesterday.  Although on a weird twist, it was the “little” things that cost me, and not the magnitude of the race itself.

Why “respect the distance”?  “Moving up” from a half marathon to a full marathon, for example, scares the shit out of many people and I believe most of it is mental, at least for the physically able runner.  (“Moving up” is a different story for a different day.)  Although they have similar names, the half and full marathons have really little in common.  Physiologically, you can run a fast half marathon on a few sips of water; the full marathons, with its glycogen-depleting length, requires a nutrition strategy.  The 40mi peak week plans for the marathon?  Those get you across the finish line.  That’s it.  A better idea is to average 40mi per week as a starting point for the marathon (it’s not as much time running as you probably think; plus, if you really want it, you have to go for it).

As for my saga, I relearned respect the distance Sunday.  Or at least what went into the race.  This past week featured the February Rocks and Roots Trail Series races.  I wanted to attempt my first 50M race.  I suppose if one would take a first-attempt 50M race not seriously, this was it.  I’ve run two marathons and two 50Ks the past four months, so I have had my share of long, running races, but I didn’t really train for a 50M.  This was almost “something to do” than take it seriously like a goal I’ve had for years.  Although running 50Ks is not short, they are still about twenty miles shorter than a 50M run.  Maybe I should have done more back-to-backs?

Or tapering?  I ran a glorious, 24mi long run the previous Saturday.  Beautiful weather that day in Columbus, Ohio.  It also meant I would really be doing no tapering. Ha…  A key aspect I’ve learned to respect yesterday is the taper.  The taper is reducing your mileage after you’re reaching peak fitness during a training cycle.  Of course, I don’t know how much that long run affected my race because of how early I started to crash and burn.  It didn’t help. To taper means to respect the distance.

Racing and training strategy ought to reflect respect the distance.  I thought I had a bigger aerobic base than I did.  Although I still believe I can (relatively easily) finished a course like the Roots and Rocks, actually training for a 50M trail race would have certainly helped.  I.E., doing back-to-backs and running this course (of which I will do, during a drought over the summer guaranteeing no mud).  I didn’t run enough of the race to truly know if I had respect the distance.  Nutrition becomes paramountly important for the long races, as well as possessing a prodigious mental constitution.