Perhaps the first item of any photography buying guide is the ubiquitous “megapixels”.  Although quite as marketed as a few years ago, this has been the gold standard for the advertisement of digital cameras (or “cameras” now as film has become extraordinarily niche, albeit still a fun hobby).  Why is number of 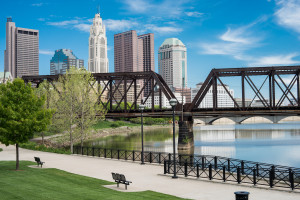 I took this picture with the 36 megapixel Nikon D800 attached the Zeiss 50 macro lens — this is the quintessential picture for this set up.

megapixels the gold standard?  It’s quantifiable, it does help with image quality — to an extent, and since they’re found – usually – on the upper echelon cameras it must, then, be the bee’s knees of camera features.

First, as I want to get this out of the way, I am not hating on megapixels.  I used to own the revolutionary Nikon D800, which has a whopping 36 megapixels.  At the time, the D800 had the most megapixels on the market.  The way to compare its resolution (NOTE: resolution deals with details; resolutions and total amount of megapixels aren’t necessarily synonymous) was with entry-level medium format cameras.  Anyhow, getting ahead of myself, I bought the highest resolution 35mm-format camera on the market.  Why?  Because I wanted the absolute best image quality as I was going to be traveling in a few months.  In addition, I have an affinity to printing poster-sized images.

In this “photo buying guide” (I’ve had quite a few people who have asked me what buy to and they are usually disappointed in my answer of buy something basic and learn from that, because the world of SLR cameras quickly becomes rather expensive), I’ll talk to layman’s terms.  If you want to read more technical information about pixel and photosites, you can read that, right after you finish up your degree in physics (I’m not joking, there’s quite a bit of literature about this online and why it creates “banding”, for example, if you’re pushing the exposure on an underexposed image).

First thing’s first, “megapixels” means a million picture elements (mega = million in techie speak and pixel = picture element).  Since technology has replaced film, we need a way to record the way images look.  In theory, the more megapixels as imagine contains the more detail the image has, which should translate into producing larger images for bigger prints and more cropping capabilities.  Of course, the particular technology and sensor size comes into play.  Essentially, megapixels contains how many little “dots” the camera has to capture the image.

What Does the Total Amount Mean?

The total amount of megapixels of an image should mean you can print images larger or do more extensive crops.  Landscape, fine art, and portrait photographers find this more useful because high resolution, highly-detailed images make their work stand out more to their clients.  A photojournalist probably doesn’t care as much about its resolution or total amount of megapixels, but a professional landscape photographer would like that very high resolution camera body more because it will produce larger prints in greater detail.  As I’ve heard people say before, it doesn’t matter how your 30 x 40 inch print looks from “viewing distance” but rather that everyone will creep up to point-blank-distance from the print.  Even at “proper” printing specs (like 240+ dpi; more on dpi and printing later), an image without tremendous resolution (note, that means detail and not megapixel amount) will produce lower-quality prints.

You probably have at least a working idea of what megapixels are, and I’ll turn it to the part of the post that talks about why it is the most overrated metric while buying a camera.

Firstly, for the preponderance of people, smart phone cameras contain enough resolution that the public does not need a camera with more megapixels unless they are hobbyists or professionals.  (Okay, in ideal conditions because camera phone sensors are very small and have under-performing lenses, which are very, very important.)  In fact, the basic point-and-shoot market is in a free fall because no one wants to pay $100 for a camera that does the same thing as their phone (apparently the advance point-and-shoot market is holding on, but at that point you can get an SLR for only a couple hundred more).

Smart phone cameras ostensibly are for viewing on your phone.  Even with greater-than-1080 screen, you don’t need more than a few megapixels (1080p is only 2.1 megapixels, after all).  With the viewing screen a minute fraction of the resolution of what their cameras can capture, it’s less necessary to have high-resolution camera bodies.  Even with a 50 megapixel Canon 5Ds, you have to do a lot of downsizing when editing photos to upload online.  With Instagram, Facebook, Twitter, and Pinterest, there’s less need to have mega-resolution cameras.  We live in a digital age, where 2.1 megapixel will more than suffice.

As I mentioned in the previous sections, what you do with the pictures is the main reason you should or should not look at megapixels as a distinguishing factor.  If you mainly post pictures online, you do not need a high resolution camera because you won’t need all of those megapixels.  (NOTE: If you are a hobbyist with money to blow, you may come in contact with bodies with lots and lots of megapixels because it comes with the territory.  If you’re an amateur wildlife photographer who wants a camera with a great automatic focus system, you may end up with a high-resolution camera because that’s what’s on the market.  But, anyhow…)

But, if you do print images or do a lot of cropping?  Aforementioned, I told you I’d talk about “dpi”, which means “dots per inch”.  Printers are rated by dpi.  When printing an image you want to shoot for at least 240 dpi (computer screens conversely are ppi, pixels per inch, but you can use ~100 and look okay because it’s a screen not paper — more stuff you can research if you like).  Some say 300 dpi, others say you can dip down below 200. Again, it’s that whole viewing distance rule, that everyone follows differently.  If you have a 36 megapixel Nikon D810, you ostensibly can natively (there’s a lot of programs that’ll “make” your images larger to produce highly quality prints, but it’s best to have the hardware for the job, not just software).

Unless you need the absolute highest imagine quality, in which you’re probably looking at a medium format back or a Nikon D800-series or Canon 5D-series, the lens constitutes the most important factor in creating a very high resolution image.  The lens converter, distorts, and focuses on every image you take.  A rule of thumb is “glass before bodies”.  A Zeiss lens with any body will produce brilliant images with the hands of a great photographer.  A Zeiss lens with a top-shelf bodies can produce extraordinary images — it a match made in heaven.  If you are contemplating buying a body or lens, think long and hard about why you want the body.  Digital cameras are essential computer, which get replaced by new technology every year (see: Moore’s Law), lens can literally appreciate, if you have a pro-level lens in immaculate condition.

tl;dr: Buy good glass unless you need a bitchin’ body.

Why Get a Camera with A Lot of Megapixels?

I feel like this deserves its own section.  I’ve owned the Nikon D800.  Although it’s not nearly as expensive as a top-shelf 35mm format body and is not even a down payment on a Phase One back, it wasn’t super cheap.  It all of one shot for me to get hooked.  Everything about the body was smooth as silk (I only used a Zeiss lens with it, so I honestly can’t attest to its auto focus, but I’m sure it was good…).  The imagine proved to be almost surreal.  Coupled with a Zeiss 50 f/2 Macro, it’s essentially in the 99-percentile of imagine quality in 35mm format.

I only have printed one 20 x 30 image of it, but that print does not come close to its capabilities.  You can uuh and aww your guests with a body of that magnitude.  (The D800 has has tremendous dynamic range, but that’s outside the scope of this blog post.  Let’s just say that that’s another reason why people buy D800s.)

Fine art photographers, landscape photographers, and portrait photographers get, by far, the most mileage out of mega megapixel cameras.  They have to – their livelihoods depend upon high resolution, high detailed prints and photos.  Yes, there are people who buy cameras that cost as much as a Mercedes.

(Cropping is another reason that people cite as justification to buy a body with megapixels to burn.  The thing with that, however, is the aforementioned photographers don’t crop too much because they compose the images without needing any heavy crops.  Wildlife, sports, and photojournalists are more than likely the ones who’d crop the hell out of pictures, but they’re also more than likely to have the bodies that are designed for fast-action photography that don’t have the oodles of megapixels.  But today’s bodies have more than enough megapixels to spare.  So there’s that.)

The Unspoken Requirement of Mega Megapixels

Memory is cheap.  You can buy hard disk drives with several gigabytes of storage for fairly cheap these days.  Fine, that means you can indiscriminately “spray and pray”.  You only waste time culling from your array of angles of the fountain.  What if you shoot in RAW, the name of the uncompressed file format as opposed to JPG, which is the compressed format?  If you don’t have a power machine, you’ll need a side of new super computer with your new Canon.  I have two computers (both years old; an i7 dual core laptop and a quadcore i7 DIY desktop), and it can take a while on my laptop while editing a 10 megapixel Canon 40D RAW image.  I never liked editing my D800 files because my laptop was essentially ineffective.

You need a powerful computer.  Of course everyone’s patience is different, but there’s no way that you can efficiently edit files with anything less than a power-user machine.  Canon and Nikon don’t advertise the necessity of a new machine if you leaped from a Canon 40D to a Nikon D800 (my desktop does file, but I’m in need of upgrading some of its hardware as it’s almost six years old).  Photoshop and Lightroom are two of the most memory-intense programs I’ve ever used.  They’re awesome to use, but you want to pack some RAW in their when editing files with multiple layers.  Unless you want to wait a while and hope your computer doesn’t freeze and shut down the program.

Treat megapixels as a tool, which they are.  Don’t use a tool that you don’t need, but you’ll overspend.  There are very good reasons to be a megapixel hounds, but that can cause more problems than fixed problems.  Even for myself, the D800 was probably overkill.  Yeah, I like to actually print out pictures, but I rarely needed 36 megapixels; the Nikon D600 with its 24 megapixels would have probably sufficed.  But I have a tendency to go to the nth degree.

In the end, looking solely at megapixels and not other attributes of the camera, what will you do with them?