Do you ever have those moment that something was really under your nose the entire time, but never realized it was 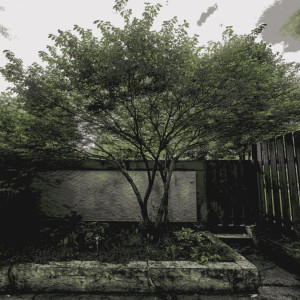 This is a possible social media logo, although it’s more of a picture than logo. A logo’s in the works.

there?  I had that moment last week, and it’s consumed my entire train of thought on the business end since.  What was that?  My “aha” moment last week was, simply, social media marketing.  (Not the cheesy social media that’s beyond obvious the person only wants to sell you something, but how to holistically communicate with people on the various social media mediums.)

I have no idea what really brought it about, but I should have really thought about it a long time earlier.  Yeah, I’ve done a “thing or two” here and there from time-to-time, but never concertedly or with clue about how to actually execute a strategy.  I have more than enough business ideas to keep me occupied for a long time, but they ostensibly require a (mass) following.  I don’t know why I didn’t think about using social media marketing to build THAT first, then the business(es) later.

I have an obsessive personality.  It definitely has it’s ups and downs.  In terms of running, it’s great because I’ve experienced several revolutions of my running this year.  You really have to put your heart into something to really see improvements.  Has running gone too far?  I don’t think so yet.  I don’t have an ueber (yes, there’s an umlaut in that word; no, I’m not going to find its code) busy schedule that I can’t fit 7-9+ hours per week running.  I enjoy that damn sport too much.  And even after I break 3:00 at the marathon I’m sure I’ll find some other way to amuse myself.

For years I’ve had some rough idea of where I want to go in my life.  But without any short term clue of how to get there, let alone any actionable idea of how to facilitate it.  This may be it.  (Fuck, I didn’t even know YouTube would pay you a portion of their advertisement commission until a day or two ago.)  In today’s world, thou who holdst the followers/fans/viewership holds the key to the car.

I’ve learned more about using social media, for gaining followers, during the past few days than I have at any point up to now.  Interestingly, the YouTube channel, Fro Knows Photo, has quickly taught me the basics at YouTube social media business and how to gain loyal followers.  (The guy, Jared Polin, has a photography channel, but also ostensibly discussed other topics.)  I purchased a couple of books by Gary Vaynerchuk that I’m stoked about reading.

Needless to say, this has me happier than a hippie in a marijuana patch (shout-out to my high school art teacher, Jack Schweitzer).  I’m working more on branding and in what direction I want to take my blog and marketing.  But I will have lots more interesting things to discuss in the next few weeks.  Stay tuned!

Zen Quote of the Week, by Confusius