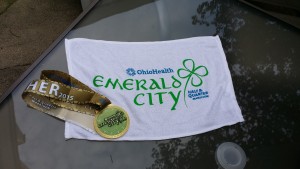 I put the cold, wet, icy towel on my head at the finishing chute. Yes, I walked around with that on my head like a crazy person for ten minutes; one other woman also had the right idea

Have you ever had everything go right for you when you’ve work so hard to achieve it?  Because, I feel that way after running the 2015 Emerald City Half Marathon in Dublin, Ohio.  Emerald City acted as a “tune up” race for my marathon in eight weeks.  I had no idea how the run would go, but it was the fastest, best-executed race I’ve run (although I haven’t run a 5K in year, I ran Emerald City as a faster pace. This is my second half marathon of the year, the first being Capital City in May.

I’ll try this in bullet form, for better reading.  As I have a tendency to ramble on and on and on. 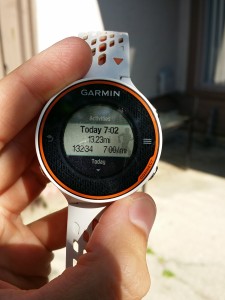